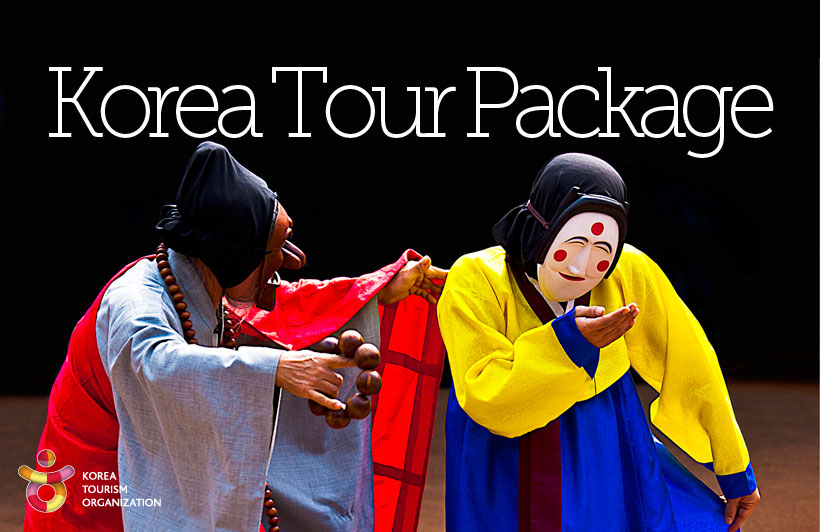 There will be a guide who is fluent in English or even French, German or Spanish depending on the situation. The tour will be conducted by guides from various countries.

TOURS INCLUDES :
* Twin share accommodation in Korea (including breakfast)
* Transport service is available throughout the tour, except departure
* All admission fees and service charges

MEALS
During the tour, information about lunch and dinner will be given by the guide. We recommend light meals for lunch, such as Korean noodle soup and Bibimbap(assorted vegetables with hot stone rice). We have arranged a buffet for dinner, including a variety of international and national foods (Chinese, Korean BBQ, Bean curd soup, Fish soup, Grilled fish etc.). Price ranges from KRW 4000 - up to KRW 15,000 per person.

* Tipping at local restaurants is not required. However, tipping for the bellman at the hotel for carrying luggage is recommended. 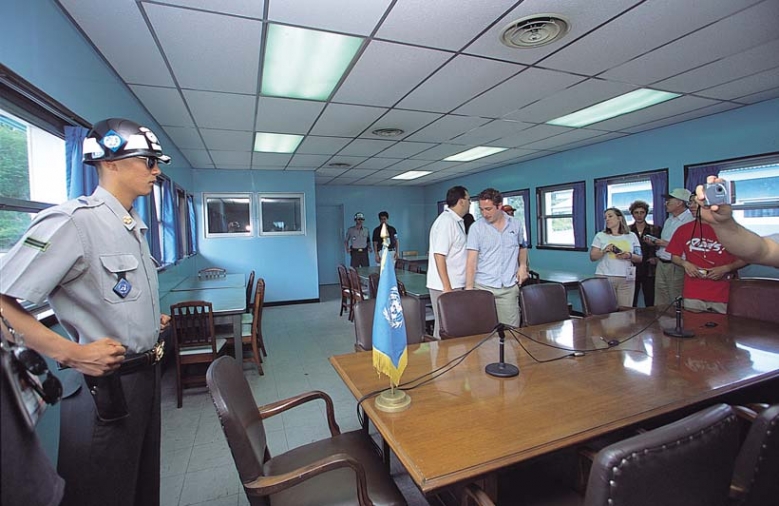 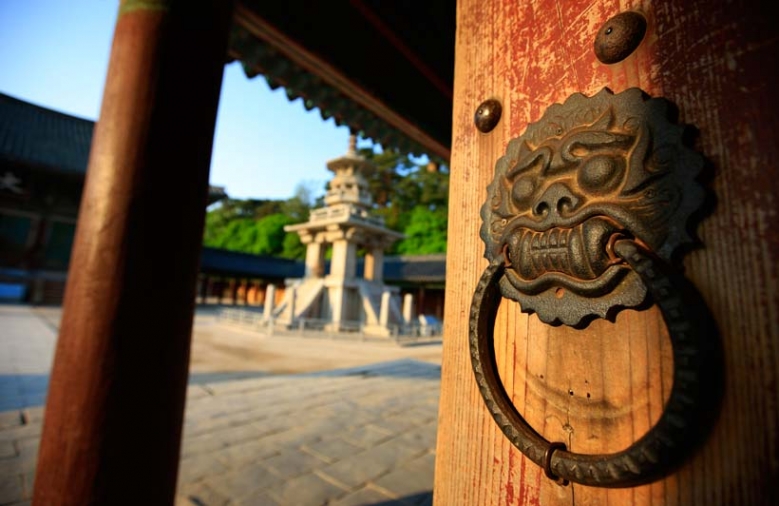 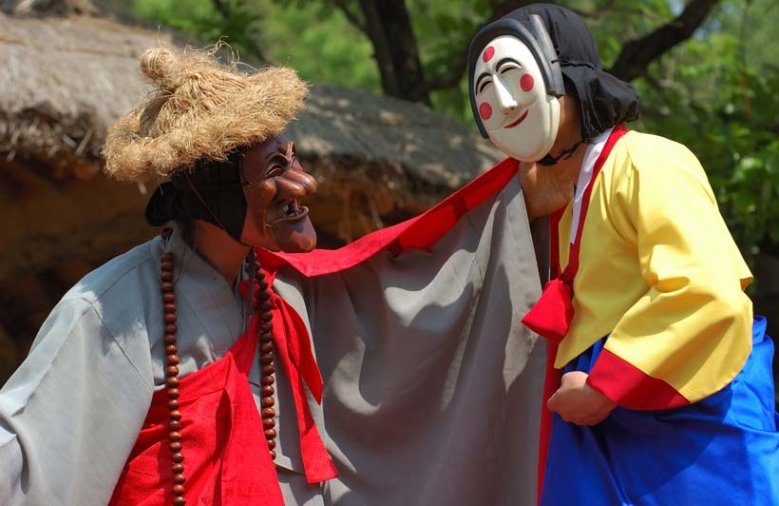 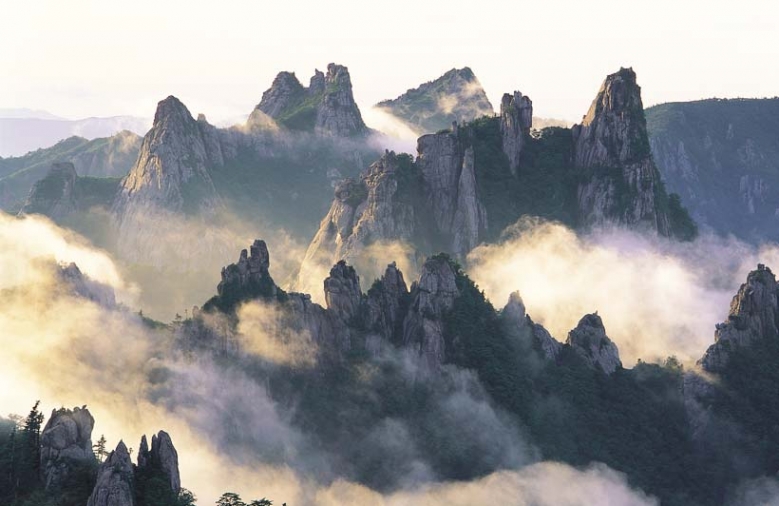 Day 01. Arrival
Arrive at Incheon International Airport, where you will be transferred to your hotel after meeting our representative/guide.

Day 02. Half day Seoul city tour
After breakfast, a half-day city tour starts from the National Museum of Korea. This museum was built in 2005 and a fantastic collection of Korean arts and relics are displayed. The next attractions to visit are Changdeok Palace and Huwon(Secret Garden), which was nominated as world heritage by UNESCO. The next place is N Seoul Tower on Mt. Namsan where you can enjoy a bird’s eye view of the metropolitan area of Seoul. Prior to going back to your hotel, you will visit Gwangjang Market. Schedule finishes around 3 pm. 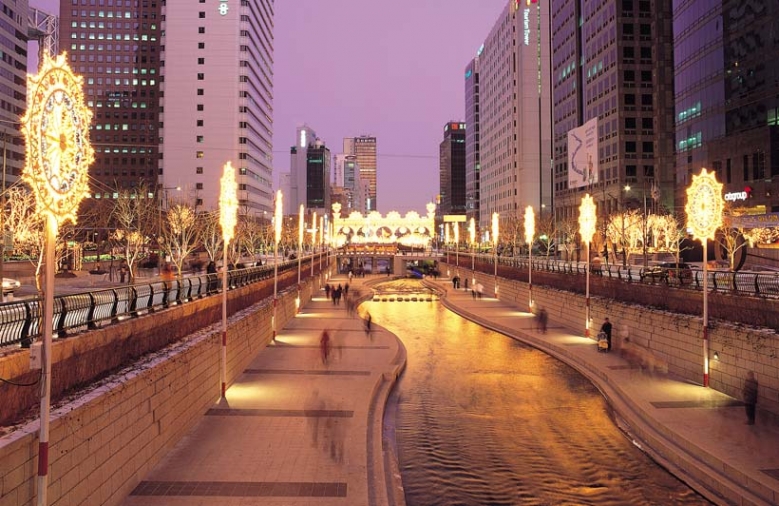 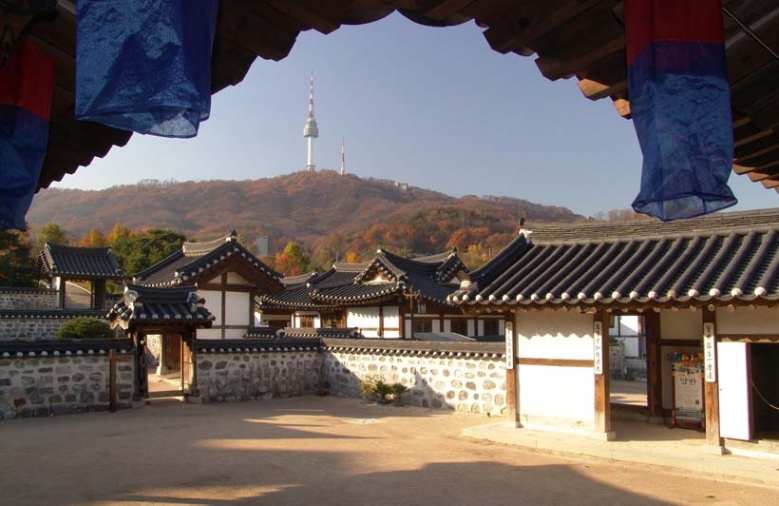 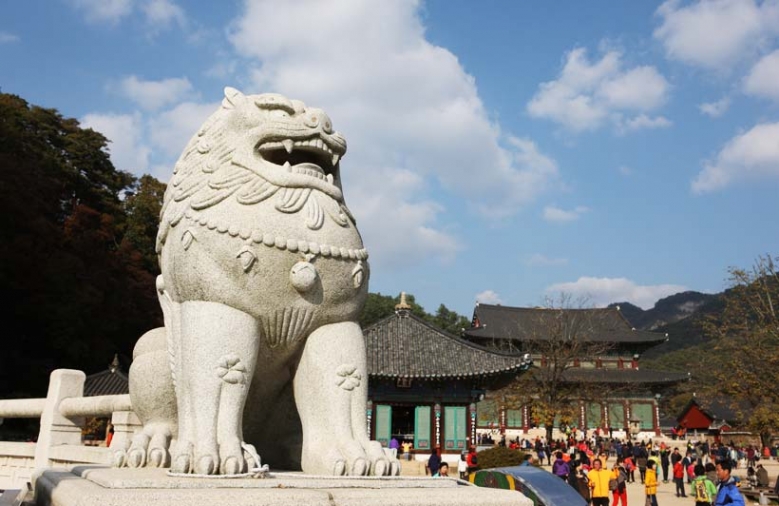 Day 04. Daegu / Half day Gyeongju tour
After breakfast, you will visit Gyeongju, the capital city of the Silla Kingdom from 57BC-935AD. Gyeongju is widely known as the “museum without walls”, as there are 52 attraction sites located within the city. The half day Gyeongju tour includes Cheomseongdae (ancient astronomic observatory), Royal Tumuli Park with its royal tombs. You will have a chance to enter one of the excavated tombs to see the structure and view behind the Royal Kings' burial chambers. The last attraction is Bulguksa Temple. Even though the temple was destroyed during the Japanese colonization period, it has now been restored to its former glory.

Day 05. Full day Gyeongju tour
After breakfast, a full day Gyeongju tour starts with a visit to Seokguram Grotto, established in the 8th century on the edge of Mt. Tohamsan. The grotto contains the monumental statue of Buddha, facing the view of the sea and it is considered a masterpiece of Buddhist art in the Far East. The tour also includes the 4 faces Buddha, Gwaneung Royal Tomb and scenic drive tour to Guryongpo Port. After beautiful scenic coast driving, you will be returned to Gyeongju. 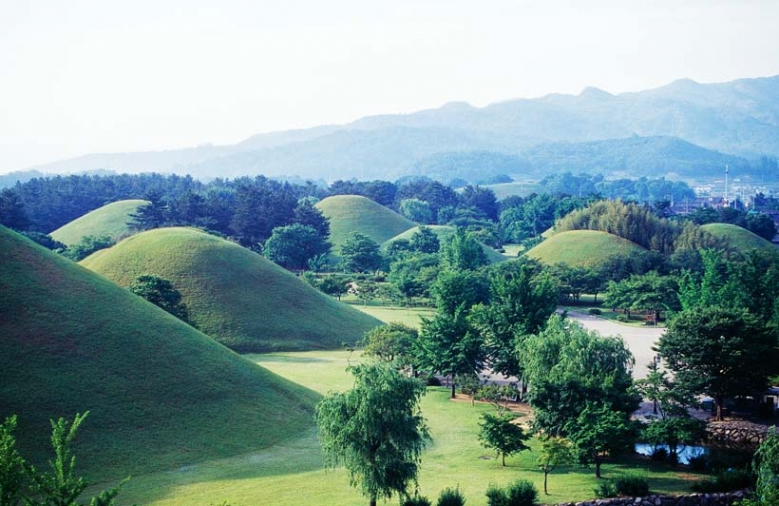 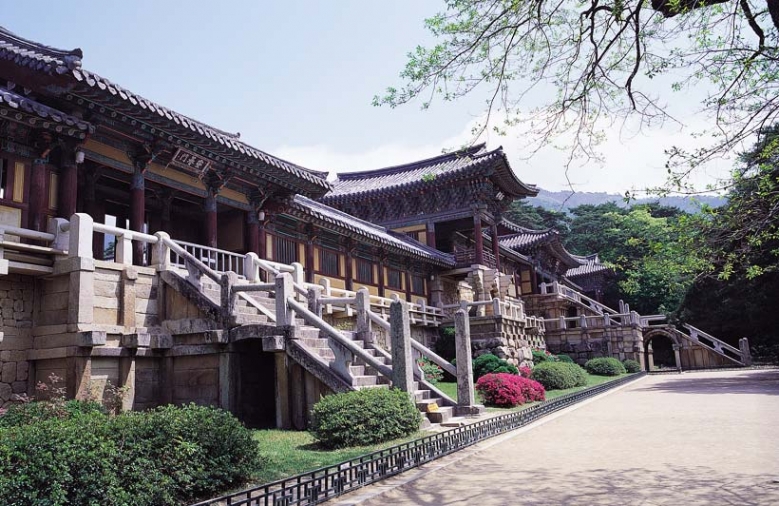 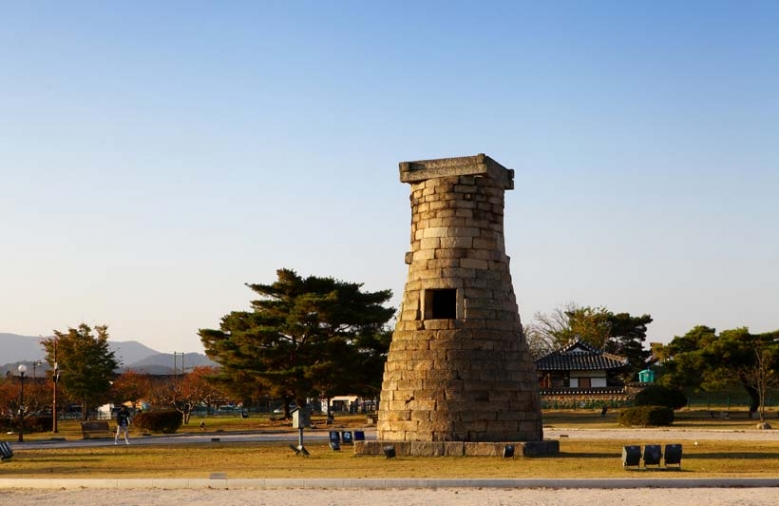 Day 06. Gyeongju / Busan
After breakfast, you will be transported to Unmoonsa Temple which is a Buddhist Nuns' temple. Then off to Busan, the second largest city of South Korea. Upon arrival, a half day Busan tour will start from Busan tower on Mt. Yongdusan where you can enjoy stunning views of city and much more on the deck. Then off to Jagalchi Fishery Market and Nampodong Street where they sell a variety of fish along the roadsides.

Day 07. Busan / Haeinsa Temple / Andong / Chungju
After breakfast, you will be transported to Gayasan National Park via the expressway. You will visit Haeinsa Temple at Gayasan National Park. Haeinsa Temple has a world famous Korean cultural treasure called Tripitaka Koreana (UNESCO, World's Cultural Heritage), which was made during the Goryeo dynasty, to protect the country from the invasion of Mongolian troops with Buddha's power. Then off to Andong, which is 2 hours away from Haeinsa Temple. Andong is the best preserved village with its traditional Korean style noble houses. In 1999, Queen Elizabeth II visited Hahoe Village in Andong and was welcomed with a Birthday Party Table which was filled up with Korean traditional food. Hahoe Village is also famous for its own mask dance. After visiting Hahoe Village, you will proceed to Chungju Lake. 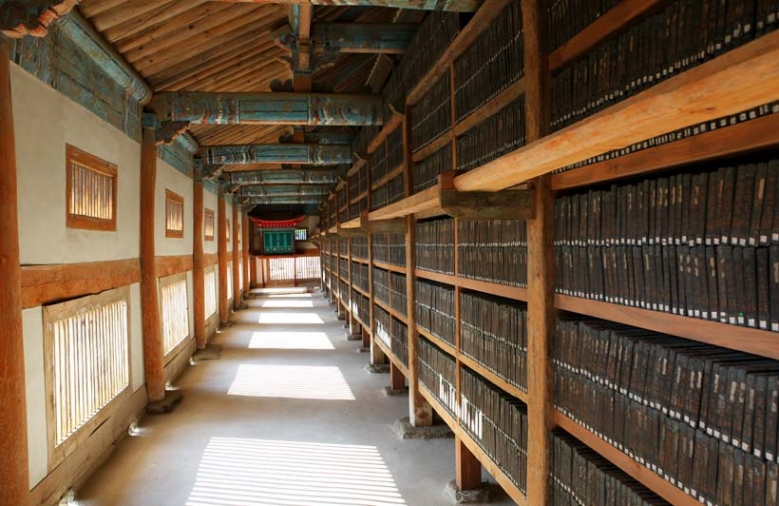 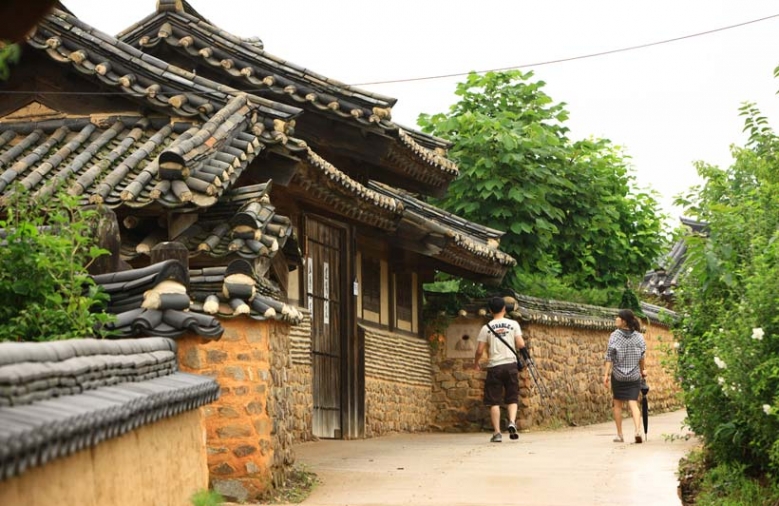 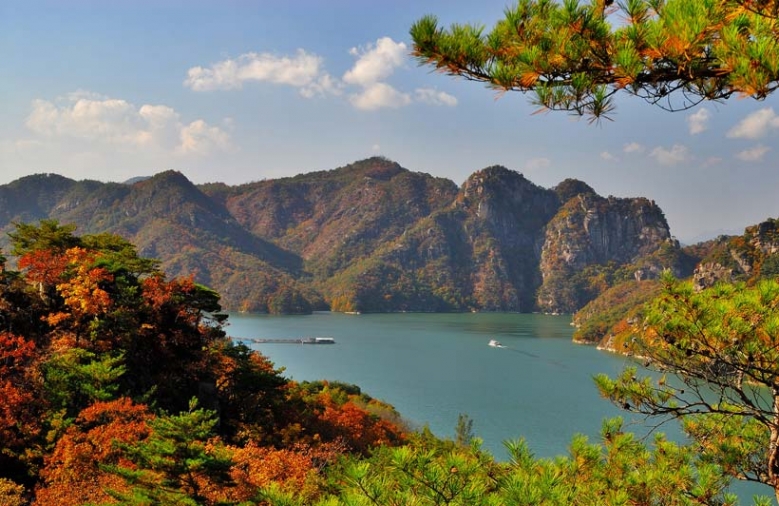 Day 08. Chungju / Mt. Seoraksan National Park / Temple Stay
After breakfast, you will get a chance to ride on a Sightseeing Boat to view scenery of the lakeside (In Winter, boat tours depend on weather conditions, tours will be cancelled if the lake is frozen). Then off to Seoraksan National Park via Gangneung. In Gangneung, you can visit Chamsory Gramophone and Audio Museum where incredible collections of gramophones from 19th Century and 1st generation audio systems are displayed. After visiting the museum, you will proceed to Samhwasa Temple to experience a unique temple stay (If the temple stay is held at Woljeongsa Temple, Chamsory Gramophone and Audio Museum will be visited on Day 09). Upon arrival at the temple, you will receive temple uniforms to wear. Orientations will be held to provide basic information on regulations and schedule, regarding the stay at the temple. Then tourists will attend an evening ceremony with a number of events including bell beating, Evening Chanting Mass and Meditation course. During the temple stay, you won’t have phone and TV in the rooms which are decorated in traditional Korean style. Shower room and toilet are shared in common use. Alcohol is prohibited at the temple. Accommodation is based on 2 people sharing one room.

Day 09. Mt. Seoraksan National Park Tour / De-militarized Zone (DMZ)
Morning worship will be held at 3am in the morning which is not compulsory to attend. After breakfast, you will be transported to the DMZ Unification Observatory at demarcation line at East Coast for a close view of North Korea and Repository of nature in ecosystem DMZ museum. Then, you will return to Seoraksan National Park for a cable car ride to Gwongeumseong Fortress before visiting Sinheungsa Temple. You may choose to enjoy a hot spring swim or sauna at Waterpia Spa Park at own expense (Returning to hotel after Waterpia Spa Park is your own responsibility. E.g. via taxi). 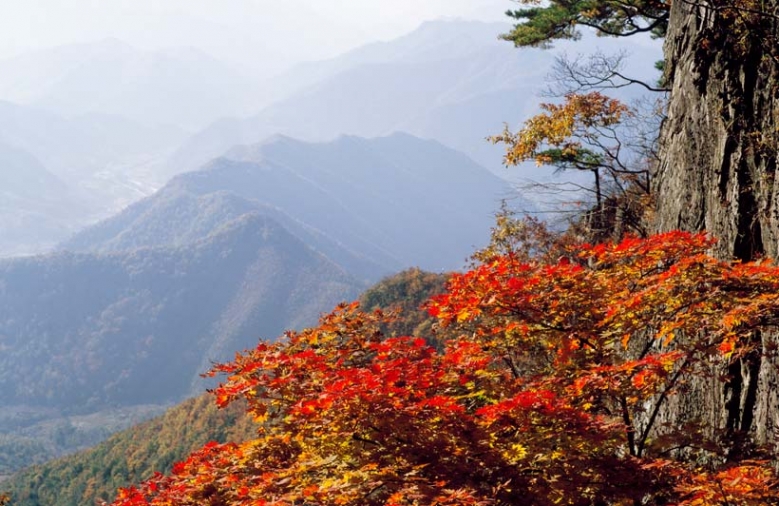 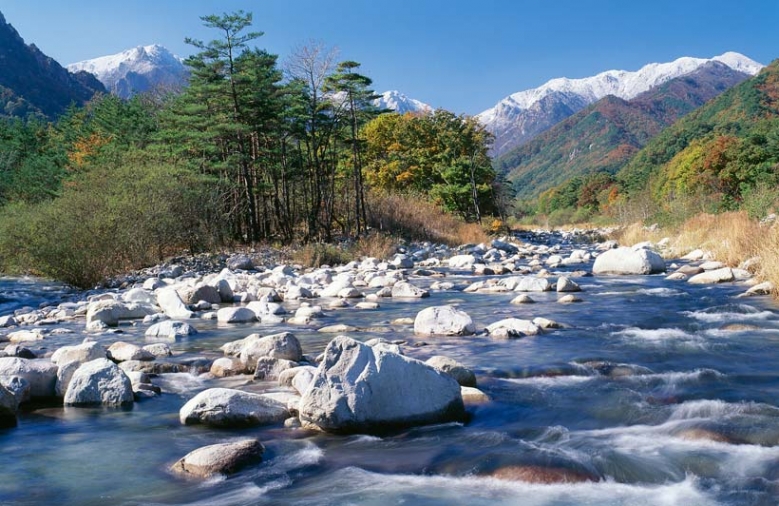 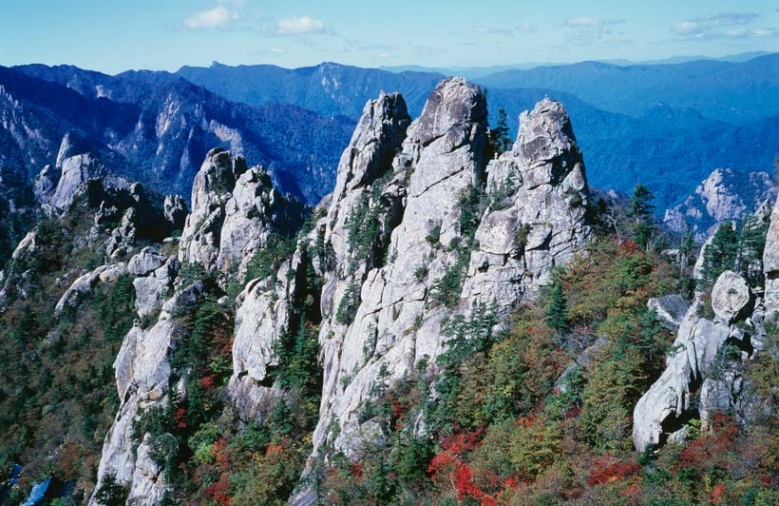 Day 10. Mt. Seoraksan National Park / Seoul
After breakfast, you will visit the Garden of Morning Calm Flower and Tree Park located at Gapyeong, which is full of Korea’s unique Wild Flowers and trees in a garden in mountain valley (Tourists travelling in Jan, Feb, Mar, Apr, Nov and Dec will visit Yangpyeong Filming Studio instead of the flower park as flowers are not in bloom at this time). Then off to Seoul. You are free to enjoy your own time or shopping at Itaewon shopping District.